It's really hard for me to grasp that Thanksgiving has come and gone...December is just around the corner...2014 is quickly coming to a close and I've definitely dropped off with this blogging thing.

November has been a super busy month. We've been working on rearranging the tiny apartment to fit two people comfortably. So that translates to us tearing apart the apartment weekend...all in the name of organization. We're getting closer to being finished, I think...I hope. But I imagine when we finally get it to a place we both like, we'll move. We're not actively looking for a new place at the moment, but I know we won't stay here for forever. 500 square feet is perfectly acceptable for a single gal, it doesn't really work as well for two. But we're making it work and it's starting to feel more like home for both of us.

Scott's getting settled into work. I think he likes it...for the most part. I know he doesn't particularly care for the drive, but I think he's getting used to it. He's timed his schedule so he misses the the really heavy commuter traffic and he gets home about the same time I do, which is nice.

Work has been...difficult for me the last month or so. We've been hitting argument writing pretty hard and I think I may have pushed my students a little too much because student behavior has been off the charts nuts. But, that can also be explained by a number of things...the holidays are upon us, shift in the weather, they're teenagers. I've also been bored. I teach the same thing every single class period. That means I teach the same lesson for two days straight with the A/B block schedule. Last year I taught two classes, was on productivity (no planning period every other day), department chair, leadership team, Academic Bowl coach...I was busy. I'm not busy in the same way. And I'm not saying that I want to be that busy again, but I wouldn't mind a little more variety to my day. Hopefully next year I'll be able to add a new class to my schedule.

We've been married for less than two months. It's kind of funny because two months seems like too short, but there will be times when I look at him and think "is he really my husband?" "Am I really married?" It's a bit surreal at times. I imagine that goes away with time, but I hope the little flip I get when I see him never goes away.

Thanksgiving was low key for us this year. We went to Idaho Falls and spent some time with friends and family up there. I made out like a bandit at Book City used bookstore...12 books for $20! Pretty great. He knows how to make this girl happy! 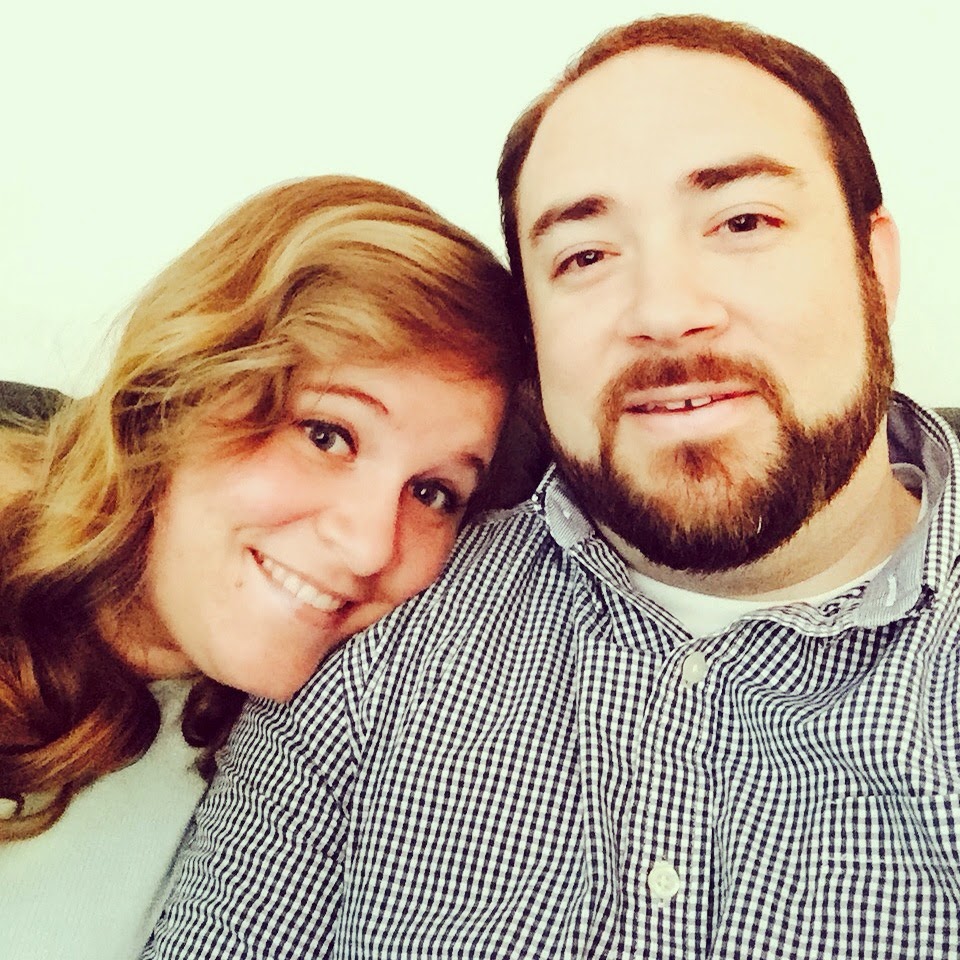 Thanksgiving in Idaho Falls - so grateful for this sweet man! 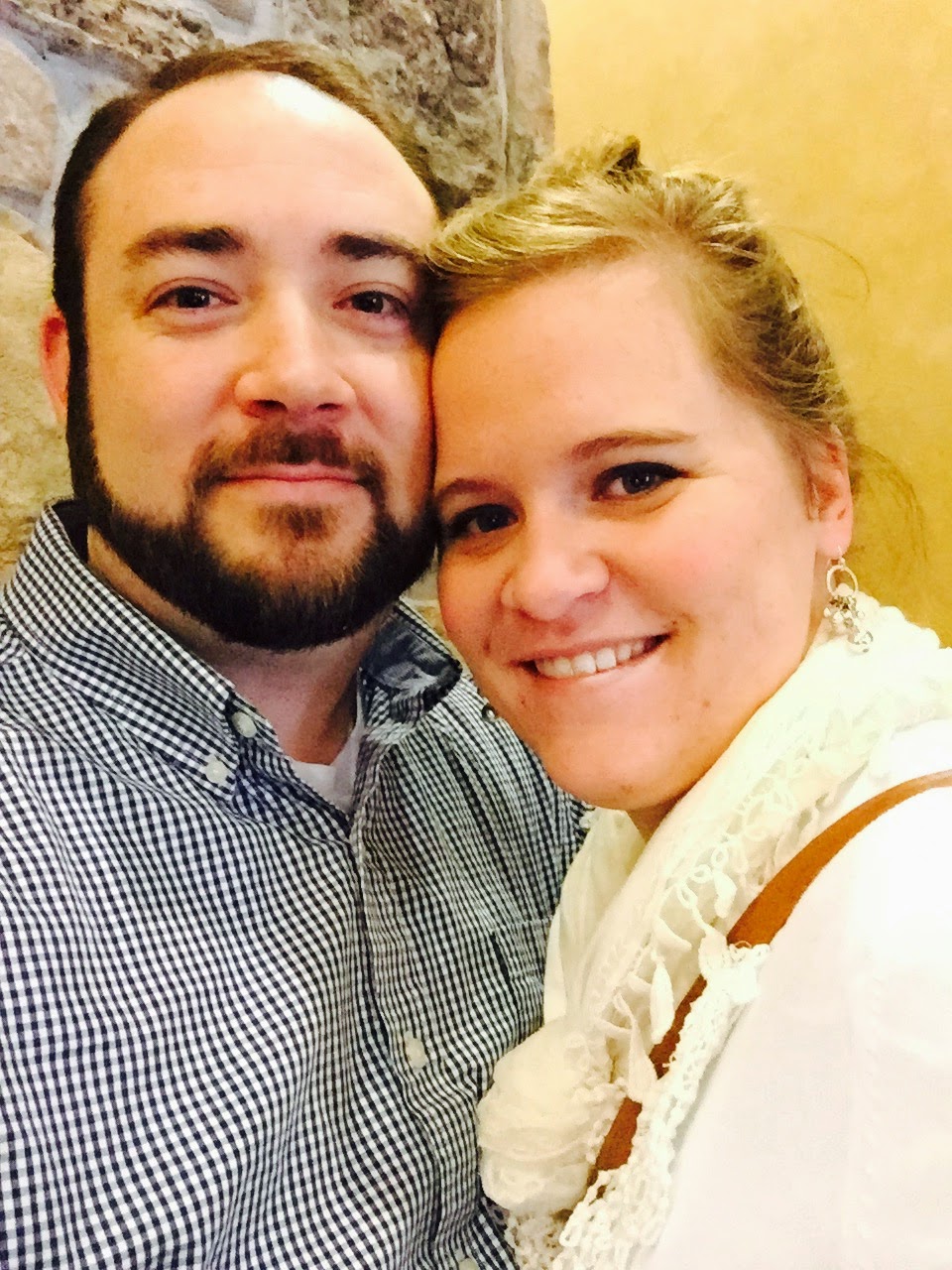 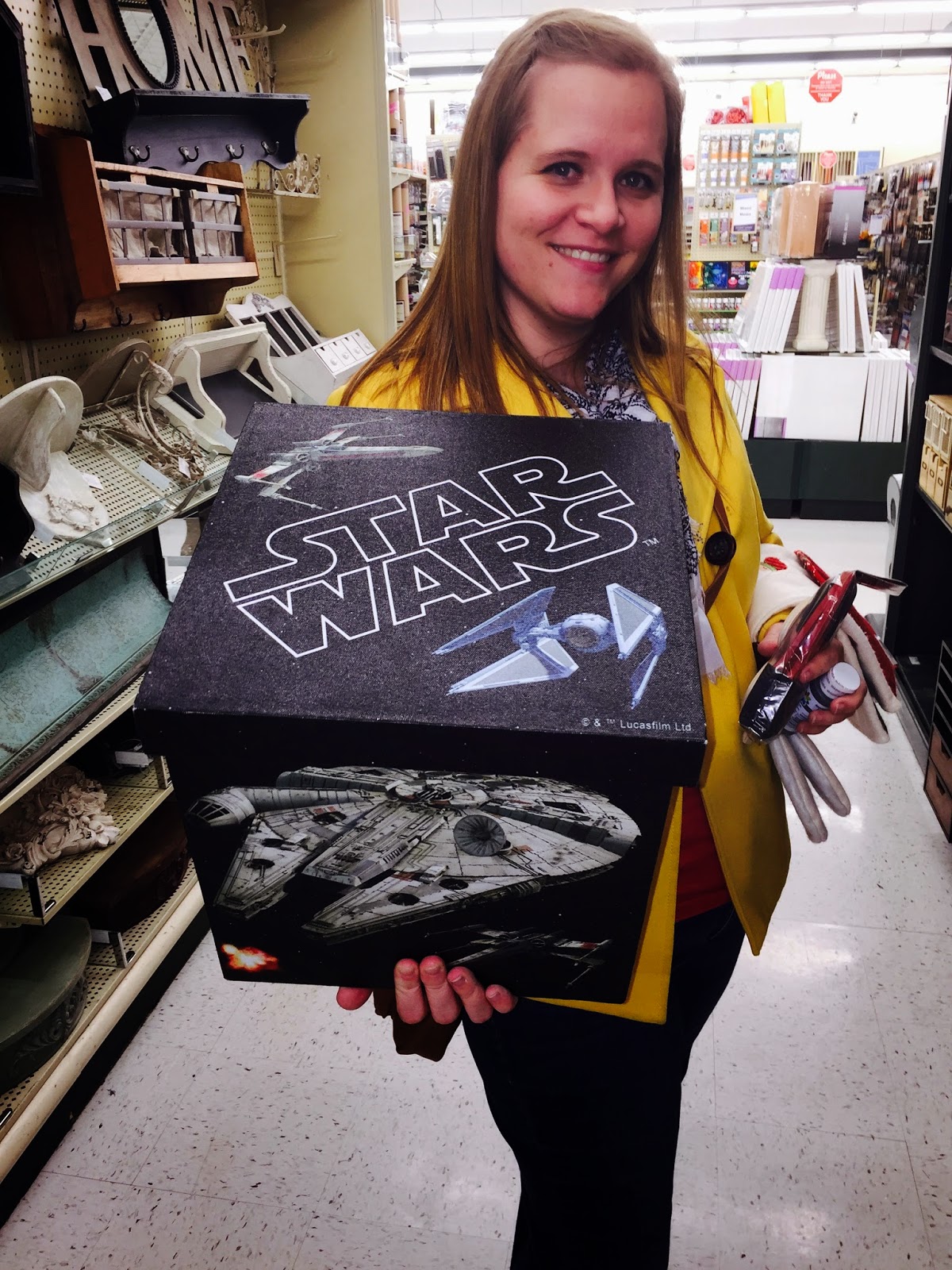 He experienced Hobby Lobby and was super excited about the Star Wars box...we did not go home with it. 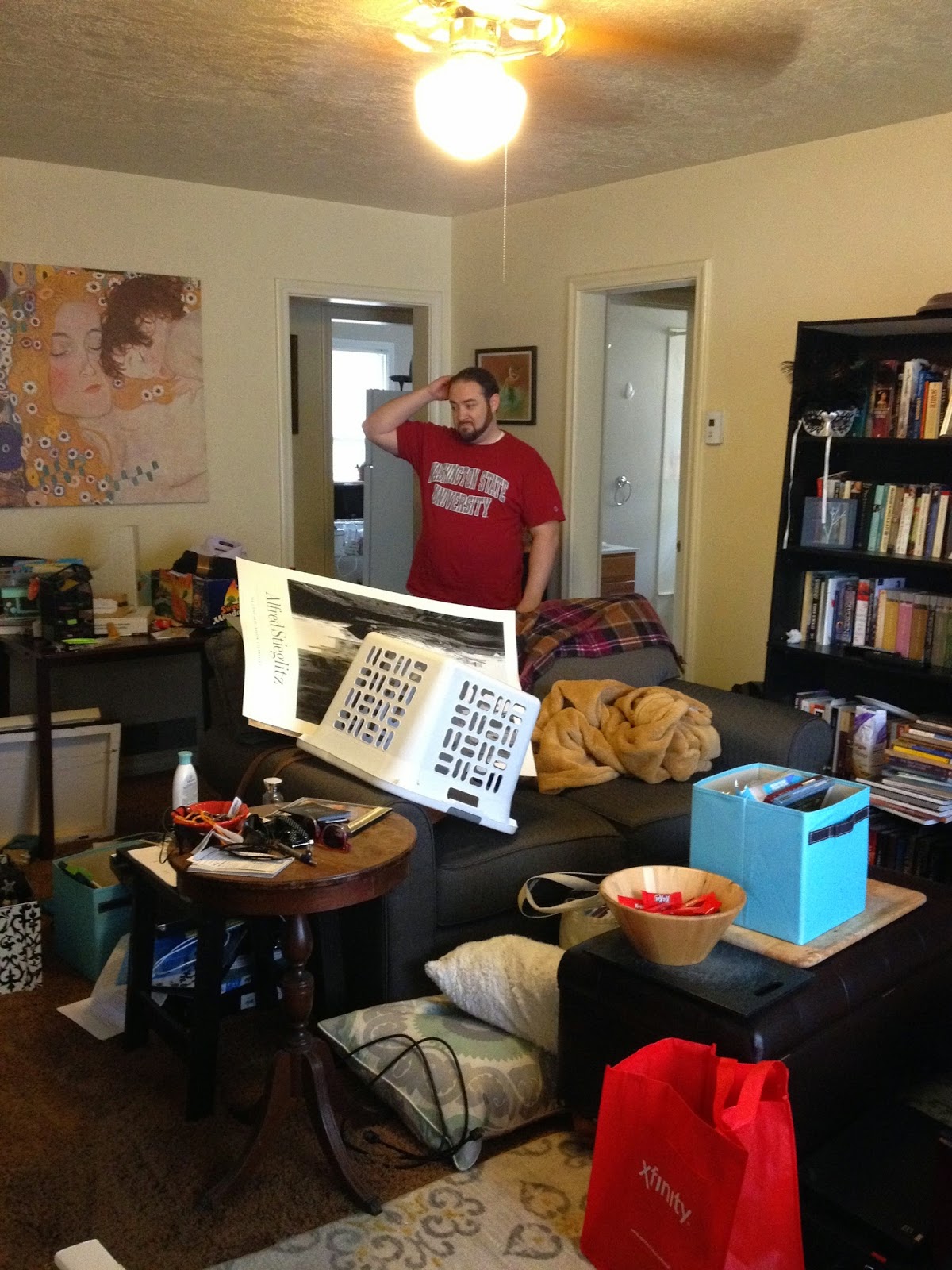 All in the name of "organization" 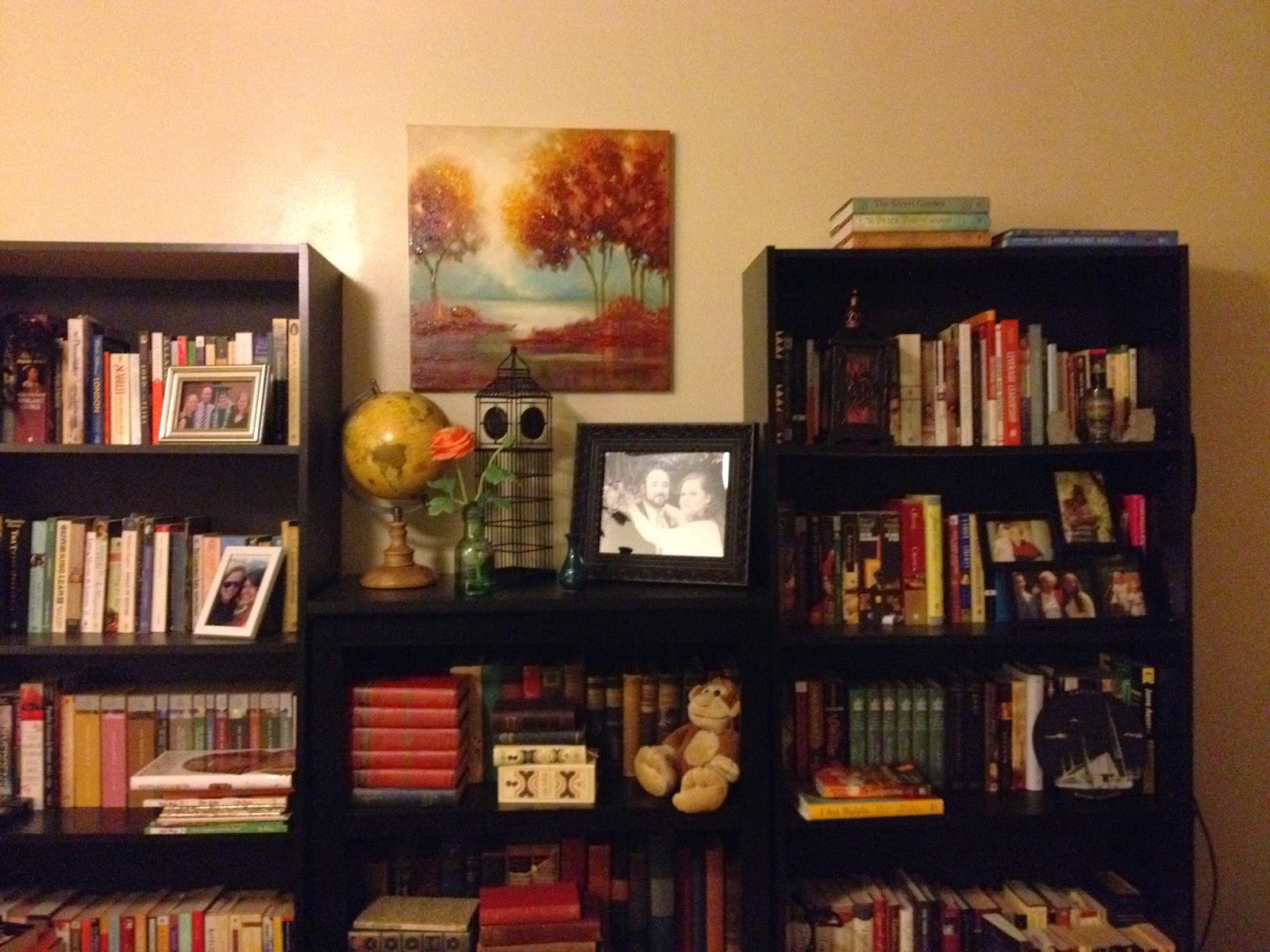 It turned out pretty well. The books still need to be organized, but that can wait. 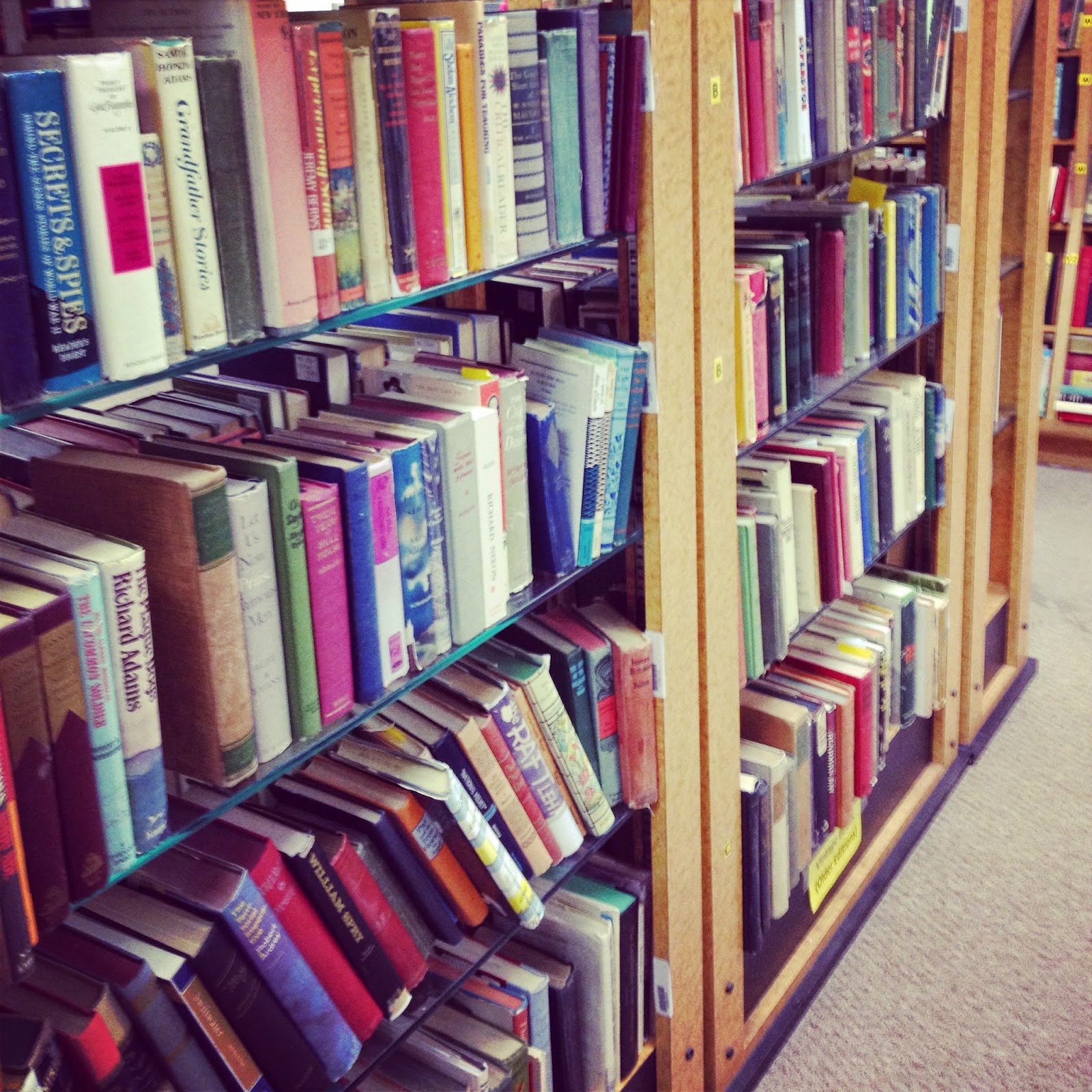 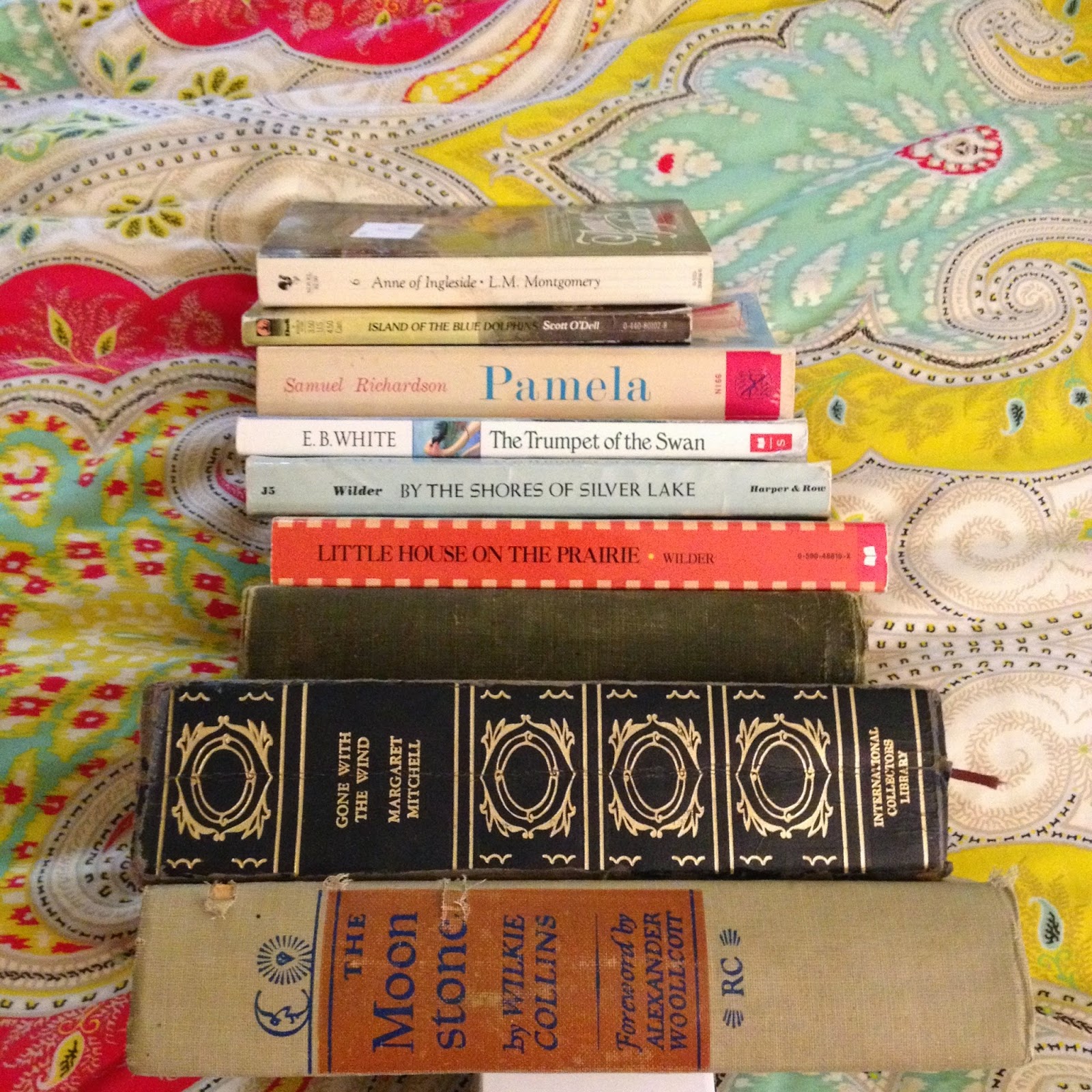 My loot...(The Moonstone, Gone With the Wind, David Copperfield, Little House on the Prairie, By the Shores of Silver Lake, Trumpet of the Swan, Pamela, Island of the Blue Dolphins, Anne of Ingleside)

I'm a pretty lucky girl. It's been a madhouse in the Boren Household for the past several weeks. We've both been working full time, Scott has an almost 2 hour commute every day, I'm "working" on my ESL endorsement and we're trying to rearrange our itty-bitty tiny apartment to fix two people. It's been go, go, go since Scott showed up in Utah a little over a month ago.

Amid all the chaos there is this goofy, sweet man that I have married. This morning I woke up feeling a more than little under the weather. He made me Belgian Waffles (Lisa's super yummy recipe, found here) with fresh whipped cream and strawberries and has just been generally sweet. It's sort of crazy to think we've only been married for three weeks and change. He really is the bestest of best husbands.