Anxiety, party of one...

My solo vay-cay to PC was a moderate success. I don't think a quick jaunt to the mountains is going to fix what ails me. Unfortunately my mood swings are crazy unpredictable at the moment. Such fun. But this quick weekend away did let me know that I enjoy solo travel, which is good. It's probably something that I should accustom myself to if I want to achieve a few things on my bucket list. I've decided to go to Portland this summer. I'm planning for the week after Lisa's wedding. It'll be a birthday present to myself. I have seriously conflicting emotions about this upcoming birthday - 30! I think going on a solo adventure is probably the best way to deal. That way I won't have to put on a happy face if I don't want and I won't have to feel awkward or uncomfortable about the crazy mood swings. AND, best of all I would finally get to see Powell's Bookstore. 'Nuff said.

I'm a mess, my friends. A big, hot mess. Tonight I have been frantically searching for a place to get away this weekend. I need to get away. I need to think, regroup, and refocus. I know this is general and vague but I just need to say it - even if it's only to the few that occasionally read this thing and the mysterious world wide web. I need time and I need space. If I could hop on a plane to London I'd do it in a heartbeat. I'd soothe my soul on the banks of the Thames, wandering the streets of Westminster and watching the ducks in St. James.

It's April 21st, folks. How did this happen? Where has all the time gone? The month of March and the first half of April were taken up entirely by a project my students were working on. We're ending our school year by reading the novel To Kill a Mockingbird. Most of my students are completely unfamiliar with the context of the novel (1930s) and the context in which it was written (1960). So, they chose a topic relevant to the time period and had to complete a research project. It took several weeks and it all culminated in a Parent Night with students answering questions about their given topics. It was a huge, huge, HUGE success. I was stressed and worried. Mostly because amid all the research, students took a week to do their Writing End of Level. My students don't have a history of being consistent with their homework, so I was worried they wouldn't get these posters completed. Just goes to show, don't assume. All of my students had something to show. Granted, not everyone did A quality work, but everyone had something.

It was so great to see the students showing off their work to their parents. They were proud of what they had done and the parents were happy and grateful to see something their students had worked so hard on.  It was a ton of work for the students, myself and the other 9th grade ELA teacher, the counseling center and the district librarians. I was running around all week like a chicken with its head cut off, but in the end it was so worth it. 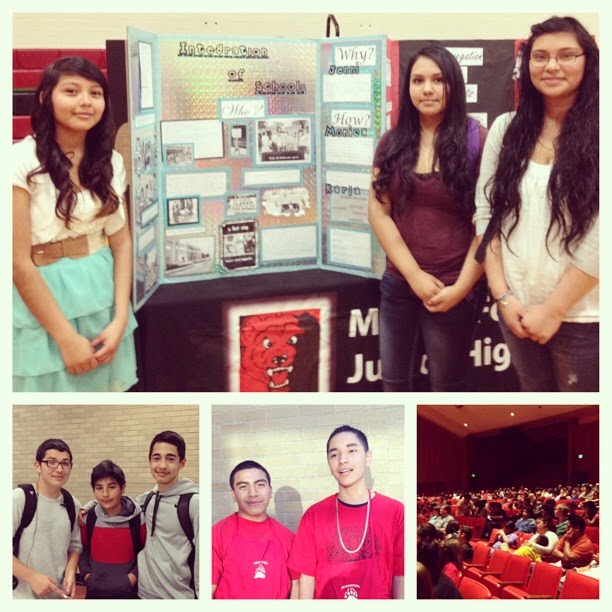 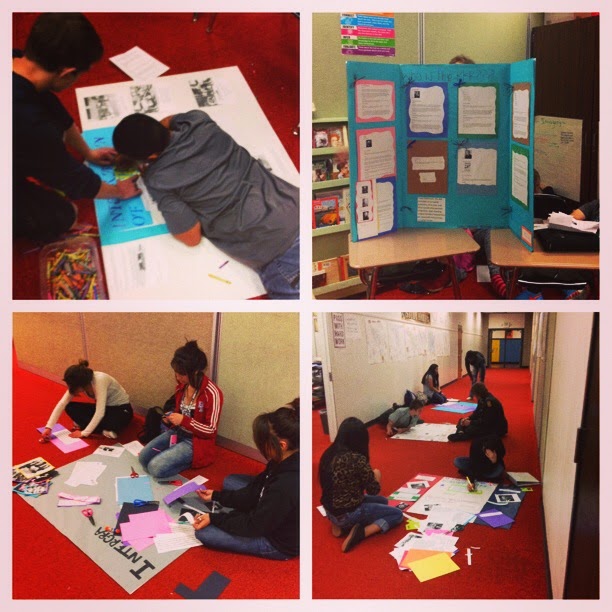 It's also been fun to see them around the school reading the book. The first part is a little slow but there have been quite a few that have said once they get into it, they're really enjoying it. As a Language Arts teacher, that makes my heart go pitter-pat. 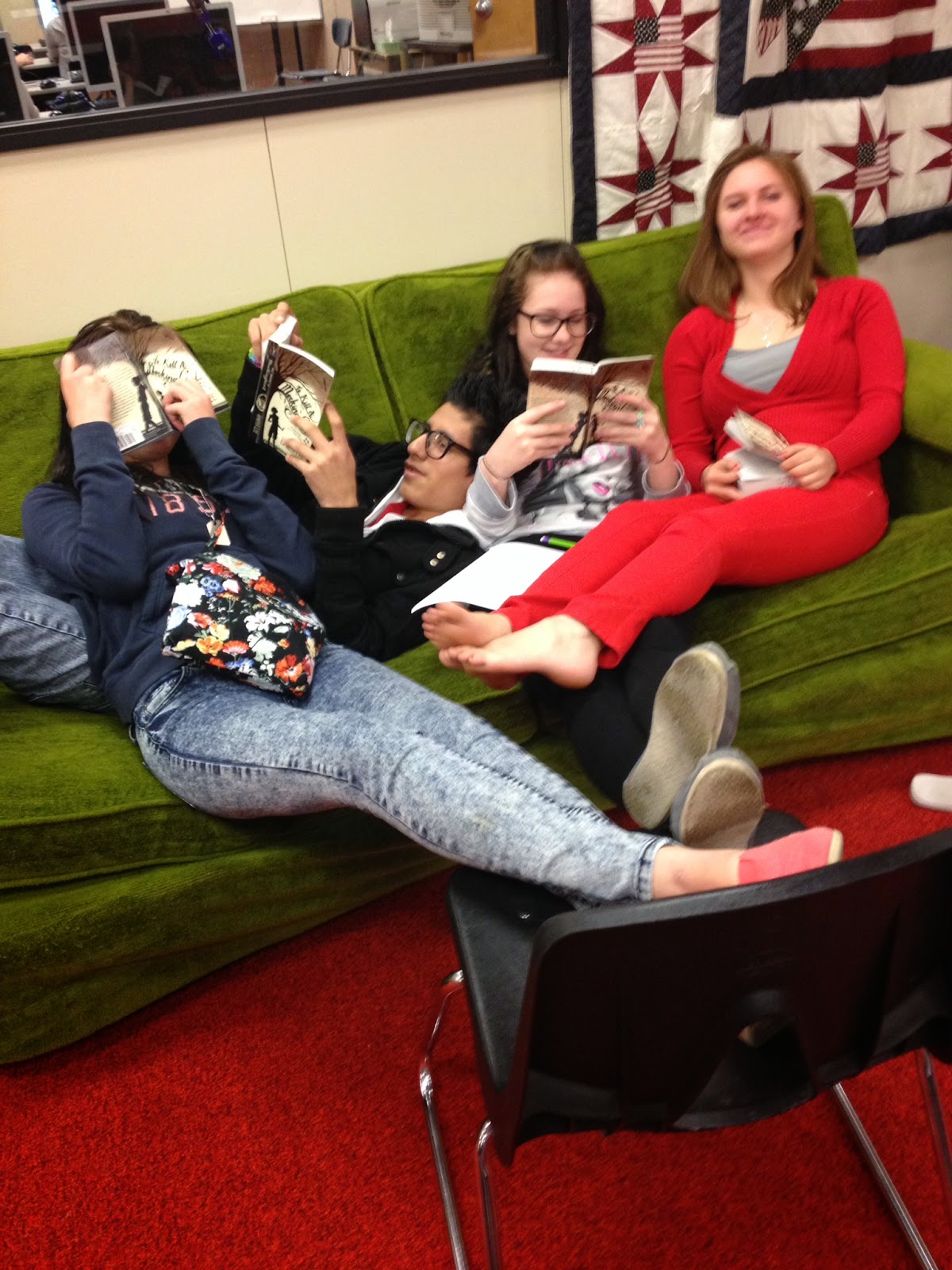 Also, my small Academic Bowl Team won the district tournament. We were the smallest team there but we won by a long shot. My students were so excited. 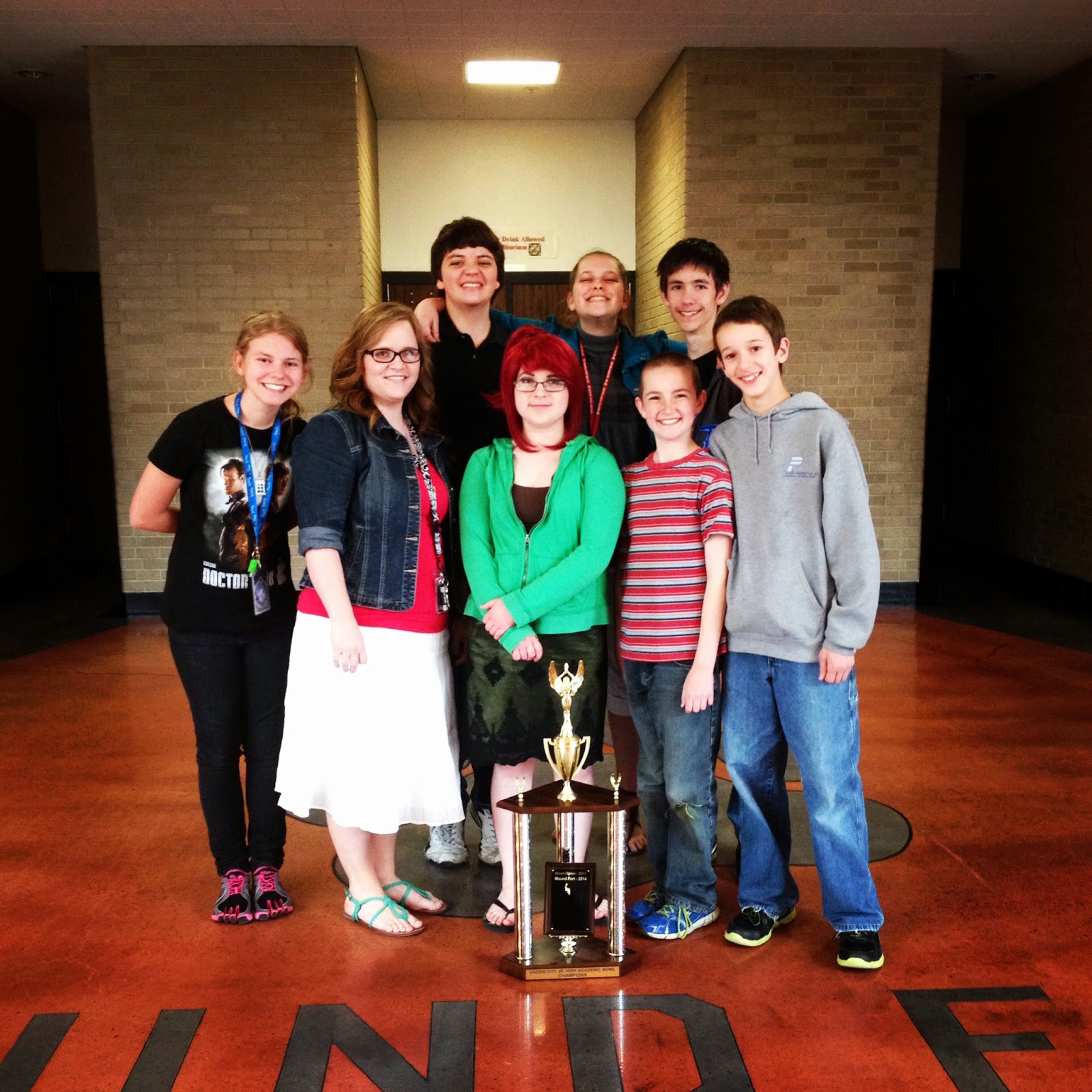 Project based learning was designed to give teachers grey hair, increase their blood pressure and give them nightmares.

I love living alone...99.999% of the time. I can put things where I want them, do what I want, no need to consider the needs of a roommate. Don't get me wrong, I've had some wonderful roommates, but it's definitely nice to have my own space -99.999% of the time.

Tonight is one of those nights where it'd be nice to have another human being in the apartment. I am ridiculously bored today. I took a short drive, went for a walk, I've done laundry, FOLDED the laundry (miracle of miracles), checked email, Facebook and Instagram a little too often. I've tried focusing on a few projects I've got cooking but I just can't focus. The ticking of the clock is getting really annoying, too.

I haven't, however, starting a conversation with myself...that's something, isn't it?

Mark the date and time...

For the first time, quite possibly this year, my entire apartment is clean. Every.single.room is clean.

In other exciting news, Lisa is currently on her way to O-town. Suh-weet!! We're going to see Les Miserables tonight. Two of my favorite things in one day. I'm pretty dang excited!

Do blondes really have more fun??

By far, my biggest indulgence in life is when I get my hair cut and colored. I'm not going to tell you how much I spend. Let's just say it's quite possibly more than you do. My wonderful mother taught me many important life lessons as a child. One of these lessons was it's important to spend a little extra for a good bra and a decent haircut. Even at times when money is a little (or a lot) tight, I still live by that rule.

I've been going to the same guy for years. I've followed him to two different salons and through three price increases. However, it became impractical to continue to go to him when I moved to O-town - nearly an hour away depending on traffic. Finding a new stylist can be a frightening and stressful experience. Luckily, I've found a good replacement and tonight I indulged myself. There's something about having someone else shampo and blow dry your hair that just relaxes you.

There's something about a new 'do that just puts a little spring in your step. I changed my color this go around. It's fun to change it up a bit.